Taste Of The Town: Spice Up Your Summer At Bourbon Steak As Part Of Miami Spice

MIAMI – It is time for South Florida foodies to rejoice with the return of Miami Spice presented by the Greater Miami Convention and Visitors Bureau.

The Aventura restaurant, which has been popular for locals and tourists alike for 12 years is designed by renowned interior designer Tony Chi.

The vibe is stylish, upscale, and modern.

“It’s such a beautiful restaurant when you first walk and you see the mirrors along the wall. The beautiful bar seats about 25 people and has a casual element as well as a lounge. Then we have two private rooms,” said executive chef Gabriel Fenton.

The wine selection is massive, offering more than 850 select wines. Guests can get a more casual menu at the bar or the full menu.

CBS4 cameras were before the restaurant opened and it was empty, but Bourbon Steak gets booked.

“The main dining rooms seat about 180 and then we can do it with 2 turns and serve about 350 covers on a busy Saturday night,” Chef explained.

Starting now, Bourbon Steak is about to get busier with the return of Miami Spice.

“So, we have some crispy bacon, sifted egg yolk, blue cheese, and red onion,” said Fenton.

About Our Chef: Gabriel Fenton

Executive Chef Gabriel Fenton has been introducing guests to renowned Chef Michael Minas unique cooking style, while also creating an identity of his own. Guests have referred to the young culinary artists masterpieces as nirvana on a plate.

Prior to taking the helm at Bourbon Steak Miami, Gabriel served as executive sous chef at Minas Michelin star restaurant MICHAEL MINA in San Francisco, and was also part of the opening team for seven different restaurant ventures by the James Beard award-winning chef. Gabriel perfected his skills by working for several other top names in the business, and has a great passion for using the freshest ingredients available. His says he inherited his respect for fresh produce from his parents, who always kept a garden full of vegetables, herbs, and berries at their home in Princeton, N.J.

Operations May Be Disrupted Due To Covid

About Our Chef: Dennis Bernardo

Dennis Bernardo was born in the Philippines and raised in Los Angeles, exposing him to a wide range of cuisines, flavors and techniques resulting in an affinity for Latin American cuisine while still cherishing Asian/Pacific Island influences. Dennis graduated from the International Culinary School at the Art Institute of Los Angeles with a Bachelors Degree in Culinary Arts.

His culinary career began juggling multiple restaurants as a line cook and before his tenure with MINA Group he cooked alongside Octavio Becerra exploring the food from destinations along the spice trail, including Southeast Asia, India, Lebanon, and Northwest Africa. In conjunction with working with Becerra and Acabar, he also worked at Pedalers Fork, a true farm-to-table restaurant where he learned and grew and appreciation for the kind of bounty that California is able to produce.

When not in the kitchen, Bernardo fulfills his other passion of playing darts on a professional level. 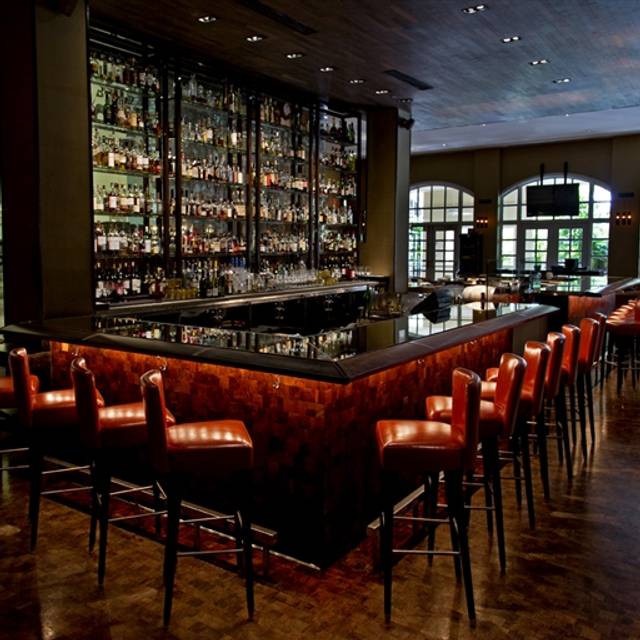 Michael Mina was born in 1969 in Cairo, Egypt. He immigrated to the United States when he was young and was raised in Ellensburg, Washington.

Mina started working in a French kitchen in his hometown when he was 16. After high school, Mina attended the University of Washington and worked in the restaurant at the Space Needle, where he received his first exposure to working in a busy restaurant. He left after one year to attend Culinary Institute of America in Hyde Park, New York.

About Our Chef: Michael Mina

Born in Cairo, Egypt, and raised in Ellensburg, Washington, Chef Michael Mina has enjoyed a love affair with the kitchen, creating memorable dining experiences for guests from a very early age.

Chef Minas epicurean journey began in 1987 at the Culinary Institute of America in Hyde Park. During those 18 months of formal schooling, he spent his weekends sharpening his natural talents with hands-on experience in Charlie Palmers kitchen at the upscale Aureole in New York City.

At the start of his career, Chef Mina was presented with the opportunity of a lifetime with then-executive chef of the Bel Air Hotel in Los Angeles, Chef George Morrone. The two were asked to develop a concept and create a menu for an upscale seafood restaurant in San Francisco the city Chef Mina had dreamed of calling home one day.

Welcomed to San Francisco by a major earthquake his second day in the city, he was unfazed and went to work immediately under Chef Georges direction. Chef Mina dedicated himself to creating a complete dining experience training the entire kitchen staff personally and refining the menu as chef de cuisine. AQUA opened to rave reviews and national acclaim in 1991. Chef Mina served as AQUAs executive chef from 1993 to 2002, where he was awarded Rising Star Chef of the Year in 1997 and Best California Chef in 2002 by the James Beard Foundation.

#4Restaurants in AventuraManage this business?

This is a one of a kind luxury restaurant which presents itself fashionably. Service is excellent and the food delicious. Pretty pricey. It situated in the JW Turnberry. Great for special ocasions.

Staying at hotel so we decided to eat here one night. Staff is very good but very short staffed so did not see them a lot. The food was excellent french fry starter and tuna tartar for app. Steaks were done right and the Lobster…Pot Pie was an event but $105 dollars was a little high. Have to be business event or special occasion to eat here.More

So we went there yesterday and we absolutely LOVED it! The whole staff is so friendly, welcoming and so kind as well! I remember trying to open a bottle of water to fill in my glass and a waiter came straight to me and said…dont worry Ill do it for you and he filled my glass with water. This is the type of attention you love to see when youre a customer. + The food was a MADNESS! It was worth every single penny!Big big thanks to the team.More

The Hottest New Restaurants in the Seattle Area

Bourbon Steak Miami One Of The Best Restaurants In Aventura

Bourbon Steak Miami, located is more than a restaurant, it is an experience. Locating within the JW Marriott Turnberry Resort & amp Spa, is considered one of the best restaurants in Aventura and also in Miami.

Bourbon Steak had its concept developed by the world famous and award-winning chef Michael Mina, who holds, at least, the signature of 37 other important restaurants in the history of gastronomy in the United States, besides having become a celebrity and having written a book with your best recipes.

More than a restaurant, an experience. As part of the Tumberry Isle Country Club, a traditional place for golfing and hosting many tourists in Miami, the Bourboun Steak is a real attraction in the city.

It had its concept developed by the world-famous and award-winning chef Michael Mina, who holds, at least, the signature of 37 other important restaurants in the history of gastronomy in the United States, besides having become a celebrity and having written a book with the your best recipes.

As the name says, in Bourbon Steak Florida the main dish is the steak. And note that we said the meats, as there are varied options of types of meat on the menu, ranging from lobsters to ducks, through the dish that takes the fame of the restaurant forward: steaks of tenderloin poached in butter.

In addition to Mina, the restaurant also has the signature of one of the most important American chefs, James Beard, author of several gastronomy books and who passed away in 1985, but not before passing on his legacy to Gabriel Felton, the current chef Bourbon Steak executive, who used his talent to add the gastronomic legends of Mina and James Beard, creating some of the main current dishes of the house.

As mentioned, one of the strengths of its menu is the wide variety of types of meat that make up the main dishes on this restaurants menu: in addition to lobster, duck and filet mignon, the space also features crab meat, oysters, shrimp, anchovies, among other types of beef and pork.

It is also worth mentioning the beautiful wine list of Bourbon Steak Miami, which differs from other restaurants in Aventura Miami, with countless options of classic American wines and some French wines from the 2005 vintage. Regarding his environment, it is clear that he makes a point of having everything different: even the design of the seats conveys the sophisticated and refined positioning of Bourbon Steak Aventura.

Where To Buy Shaved Steak

How To Order A Ribeye Steak

Where To Buy Dale’s Steak Seasoning